The Best Ways to Embarrass Your Kids at College

I first saw it on a hanger at my friend’s vintage clothing store in Princeton, New Jersey.  It was big and furry and purple with ginormous bell-sleeves and a tired Bergdorf Goodman label. Tucked away in the fur section, in all its shoulder-padded glory, that coat was calling my name. 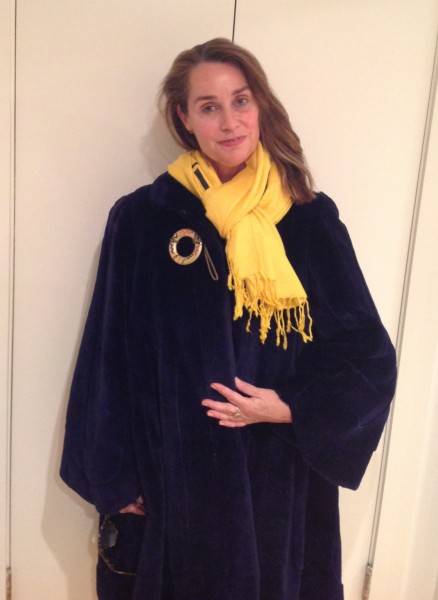 I pictured myself cloaked in it for my winter visits to Kenyon College (purpleville). I thought people would admire my school spirit. Sadly, the coat hibernated in my closet for four long years until I came across it a few weeks ago — it had only two months left for a hilltop debut.

When she saw me in it, she said, “It looks like one of those robes Kenyon professors wear when they process at matriculation.” And my daughter was not the only one amused by the coat. I wore it to meet the editor of this blog who politely described it as “so regal” and then suggested the idea for this blog post. 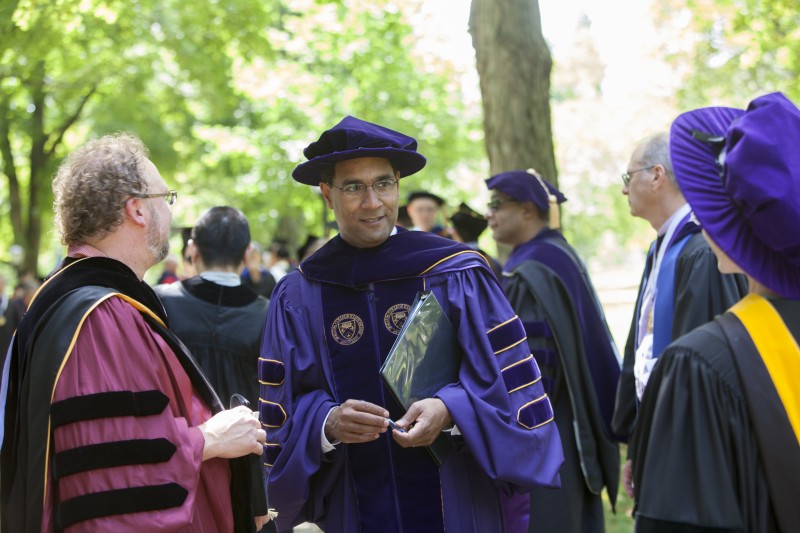 So I went straight to work — I flagged down random students, family members and friends and asked them to share embarrassing parent moments.

Here’s a sampling of their responses:

Female Student: Being with them (parents) is embarrassing. It’s like college is your own world and they (parents) are aliens.

Male Student: My dad wears these spandex tights and runs all over campus.

Student: Not knowing the modern definition of the word, my dad once told one of my friends that that they would “hook up” later.

(FYI:  I'm told “hooking up” currently refers to kissing; a few years back it meant something more, much more.)

Student Athlete: After a squash match, one of my teammates was brooding over a loss. He was sitting against a wall with a towel over his head. It was his way of saying, “Don’t come near me, mate.” My mom lifted up the towel and told him it would all be OK.

1980s Student: My parents sent me to college with 23 green garbage bags as my luggage. I wasn't embarrassed until I noticed people staring.

Father:  I just visited my daughter. It was Dads Weekend at a sorority she just joined. For some reason I rented this gear-head car (free "upgrade"). She politely asked that I park it a block away, but the only spot was right outside her sorority house.

Female Student: Maybe how they want to talk to literally everyone about you … and ask random people they see on campus if they know you.

Younger Brother of Student: My brother requested that my parents not talk at all during those admissions information sessions.

Male Student: When my dad starts to play matchmaker.

Me: When my mom came to visit me, she was very young-looking and had just gotten her MBA (very unusual for women at that time). At dinner she talked about leverage buyouts and my crush ended up liking her more than me.

Female Student: Embarrassing when moms try to be younger than they are and when they take social media too seriously.

Male Student:  I heard a story about parents getting drunk at a fraternity party.

My Son Again: Remember when you fell down? (I don’t need to mention how bad the ice has been this year.)

In my last post, I wrote about backing into another parent’s car over Family Weekend. Even though we were spared a police report, that act remains very high on the embarrassment scale. Talk about physical comedy — it was vehicular comedy.

Ugh, we parents and our follies.

I was trying to figure out why I was so clueless about my purple coat. What I’ve come to understand is that when a middle-aged person sets foot on a college campus, he/she wants to feel young and cool again.

There’s just something about walking down Middle Path or sitting on a bleacher, hard on our backs as they are, that transports us back in time.  Take for example the parent who rented the gear-head car, or the parent who reportedly imbibed at a frat party, or even the case of the adult braces — these acts and props make us feel younger and cooler than we really are (maybe in the case of the braces, not so cool).

Or maybe it’s the idea that, through your child, you belong on campus and have earned the right to talk to whomever you please. It’s important to remember that some of our children view us as aliens. (Aliens who pay tuition.)

Alas purple coat; you won't be processing at graduation.