Nearly 60 years have passed since the British scientist and writer C.P. Snow coined the phrase “the two cultures” to describe his observations on perceived hostility between the sciences and the humanities. It is commonplace today to put the natural sciences and humanities in opposition, and to minimize the important complementarity between the types of inquiry. Yet this view ignores the power of narrative and storytelling in science.

Indeed, the pursuit and construction of narratives fuels scientific discovery. A great example comes from the worlds of art history and biophysics. The works of Claude Monet are among the most recognized and celebrated examples of 19th century painting. Even casual scholars of art history appreciate the groundbreaking impressionist techniques introduced by Monet, and visitors to museums around the world line up to see his iconic “Water Lilies” paintings. But art historians are not the only scholars who pay close attention to Monet’s work; in the past couple of decades, biophysicists and ophthalmologists have scrutinized Monet’s paintings, looking for evidence of how the onset of cataracts, and his late-in-life cataract surgery, impacted his work.

Cataract is a disorder in which the lens of the eye is clouded, blurring vision. Biophysicists and opthamologists now understand cataract in molecular terms. Briefly: The lens of the eye contains a high concentration of proteins called crystallins, and the packing of these proteins within the lens forms a liquid crystal that can bend and focus light. The cells of the core of the lens lack nuclei or other organelles for either cell replication or protein regeneration; thus, the proteins that exists in these cells at the time of birth will remain until death. As we age, these proteins age as well, and begin to accumulate molecular-level damage. The damaged proteins aggregate into large particles that scatter light and reduce the transparency of the lens, blurring vision and distorting color perception. Some of my own research has involved studying the processes of crystallin aggregation and ultraviolet light damage to crystallin proteins, and is aimed at developing a clearer understanding of cataract formation (and, eventually, discovering methods of reversing or preventing crystallin damage).

In letters to friends, Monet documented his frustration with his changing vision, describing “poor eyesight which leaves everything in a fog.” The clouding of his view eventually influenced his work, as one can see in paintings before his diagnosis (below top, with "Waterlily Pond," 1899) and after (below bottom, with "The Japanese Bridge at Giverny,"1924): 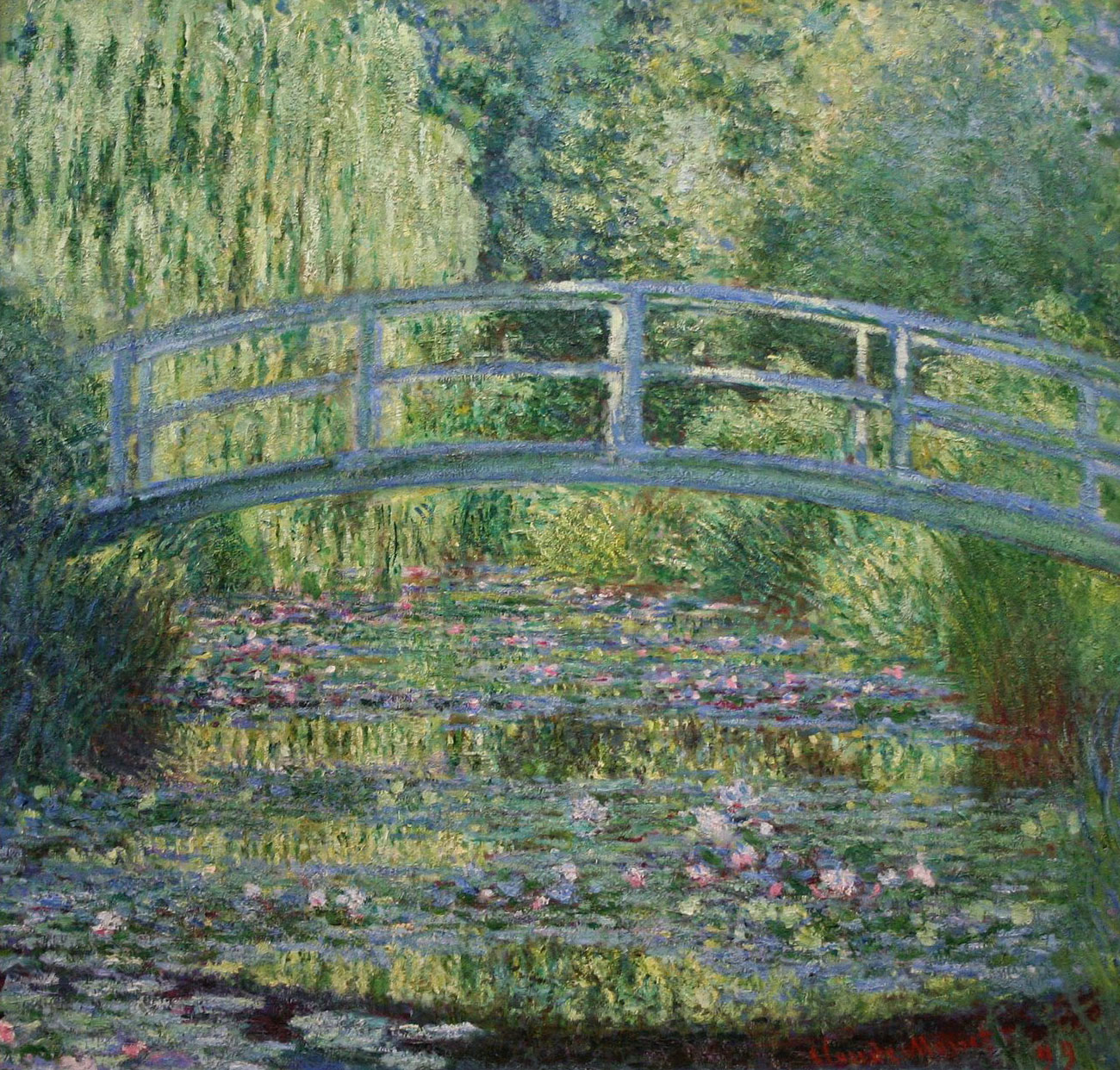 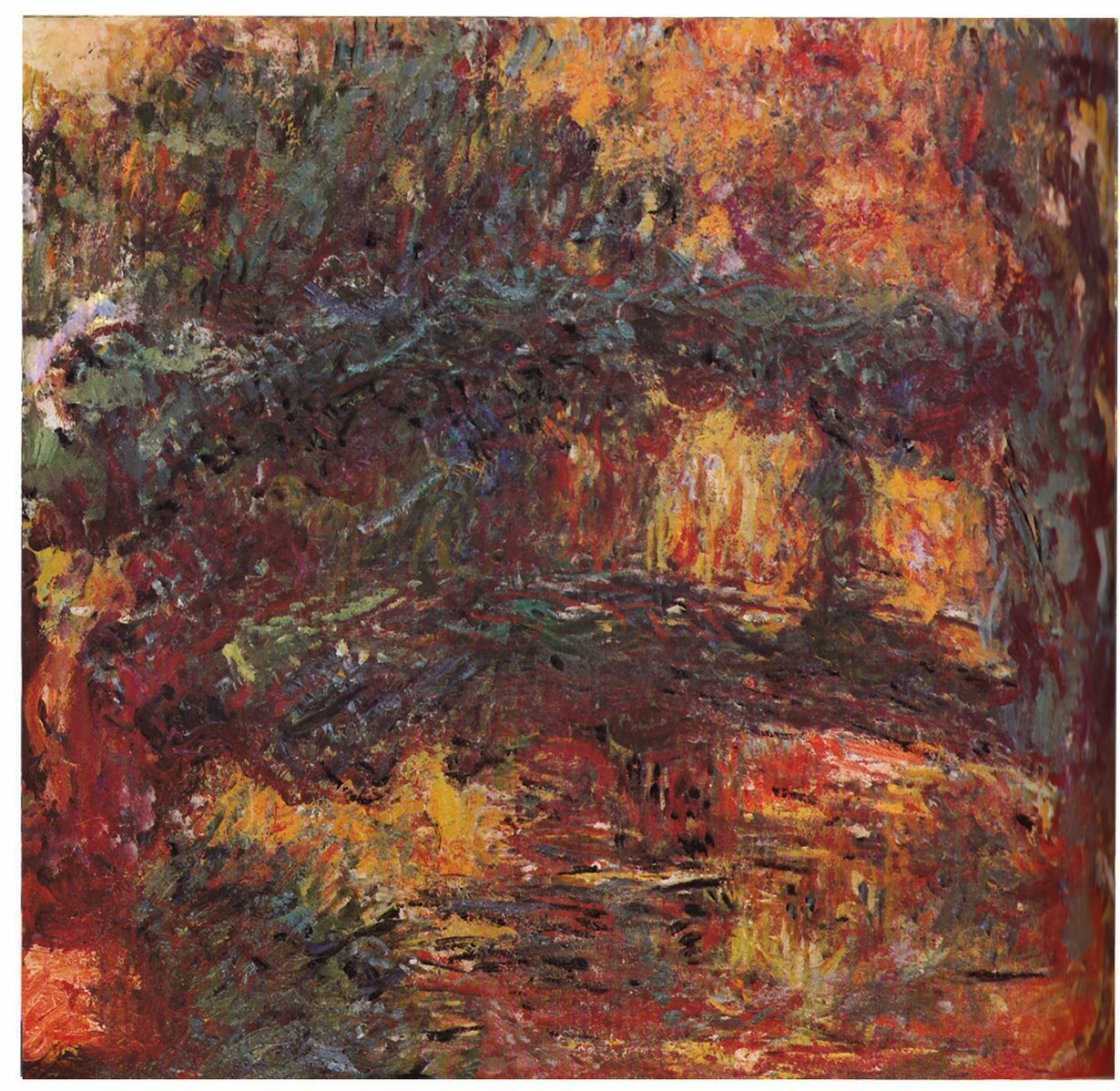 A quick search for “cataract” on PubMed, an online database of biomedical research literature maintained by the National Institutes of Health, yields about 69,000 research papers. Fifteen of these papers examine the relationship of cataract to Monet’s art; some researchers examine Monet’s letters and art, and some have even simulated the blurring of Monet’s vision. This extraordinary number of papers examining Monet and cataracts, and the high level of prestige of the journals in which they appear, illustrate the power of a narrative to inspire scientific curiosity. At the heart of this work lies a fundamental question: What influences the way artists, and all of us, view the world?

Scientific discovery is fueled by rigorous inquiry through systematic application of method. But, science is also fueled, energized and understood through storytelling. We explain and communicate phenomena through the construction of narrative, the skillful use of analogy, metaphor and story that enables all of us (trained scientist and layperson alike) to better understand difficult concepts. And, narrative helps to spark our curiosity, igniting interest in questions by framing them in new directions.

That explains the power of the work on Monet and cataracts: the drive to provide deeper clarity and understanding of a complex scientific problem combined with the curiosity sparked by seemingly disconnected topics. This also explains why embedding the study of STEM (science, technology, engineering and mathematics) within the context of a broader liberal arts education is such a powerful combination. At Kenyon College, where I am president, new collaborations have developed between faculty in the sciences and in English emphasizing narrative writing in the sciences. A new student publication focused on science-writing was launched this past fall, and one of the hottest podcasts on campus captures students recounting their research in narrative form. The more we can emphasize the importance of narrative in STEM research, the more meaningful our scientific work will be.