The legacy of the March

There is a small aerial photograph of the 1963 March on Washington in my office, close to my desk.  Though I literally pass the picture several times a day, every day, when I take a moment to pay attention to it, I am always awestruck:  thousands of people, all races, standing beneath the imposing and majestic Lincoln Memorial, attention focused on the relatively small stage, and the young minister who was captivating the audience.  The fiftieth anniversary of the March is today, August 28th.  I was born five years after the groundbreaking event, and five months after the assassination of that young minister, the Rev. Dr. Martin Luther King, Jr.  Yet, almost every year since I was a small child, I find time to listen to Dr. King’s speech (when I was a boy, my family had a copy on a 33 1/3 LP; now I watch with my children on YouTube). 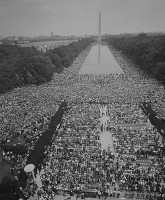 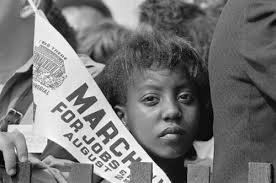 I am very proud of my life accomplishments, not the least of which is becoming president of Kenyon College.  A great deal of my success can be attributed to the support I have been given by my family and mentors throughout my career.  But, I also owe a tremendous debt to the large numbers of brave men and women who fought for civil rights, especially those who did so in the 1950s and 1960s.  This includes the leaders, such as Dr. King (who is one of my personal heroes), but also the many who risked their jobs, their safety, indeed their lives, in order to change the world.

A little over 110 years ago, W.E.B. DuBois wrote that “the problem of the twentieth century is the problem of the color line.”  The murder of Trayvon Martin, and the political and cultural debates that erupted around the crime and the subsequent trial, underscore that the problem is not resolved, even as we have moved into the second decade of the 21st century.  But, we should not lose sight of the fact that the participants in the civil rights movement (including the children – many of whom were younger than my daughter is now– who were jailed, chased with police dogs, and attacked with fire hoses in 1963 Birmingham and the college students from around the country risked their lives in 1964 Mississippi registering African-Americans to vote) succeeded in advancing justice in America.  Those of us from younger generations (of all races and backgrounds) all benefit from these advances, and we all owe a debt to the movement participants.

Our campus is a place where ideas inspire, provoke, and challenge.  This is also a place where history is not only remembered, but also studied and analyzed; and where there is room for all of us to engage in the type of thoughtful reflection and contemplation that can be so rare in the world off the Hill, reflection that can empower us to transform inspiring, provocative, and challenging ideas into lessons to guide us through the challenges and choices of our own lives.  On this special anniversary, and as we prepare to begin the academic year here at Kenyon, each of us should take a moment to reflect upon both how much has changed in the past fifty years in the United States as a whole and here on our Hill in Gambier, and how we can live our lives with the courage, commitment, and determination that characterized the generation of the civil rights movement.