During my time at Kenyon, I’ve come to cherish all of the traditions that students and alumni alike hold near and dear to their hearts, as well as a few that are known only to my group of friends. Here are a few that I find particularly special:

First-Year Sing
Doc Locke leads this Kenyon favorite. During Orientation, the incoming first-year class is taught four Kenyon songs and given the chance to sing them — loud and proud — on the steps of Rosse Hall for all to see. The Sing isn’t just for first years, either. Upperclass students in the audience will sing their hearts out during “Kokosing Farewell,” albeit slightly off key! Upon graduation, the senior class will also participate in Senior Sing, where we sing all of the same songs, but a little more tearfully. 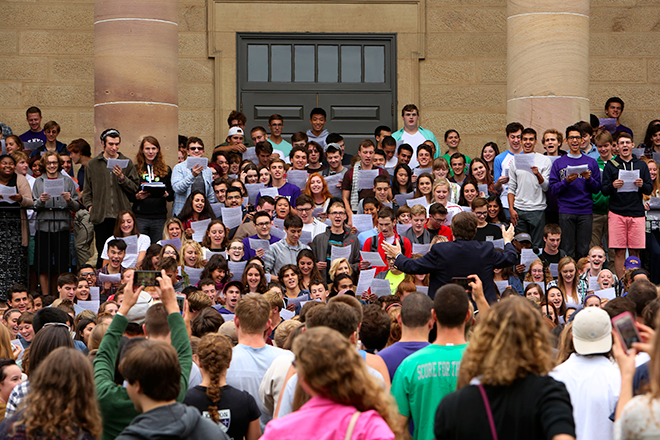 The Seal
Kenyon students are known to go out of their way to avoid stepping on the shiny college seal inlaid in the entryway of Peirce Hall. Legend has it that if you step on the seal during your time as a student, you won’t graduate in four years. Some people tend to embrace a misstep as the chance they’ll graduate in three years instead. 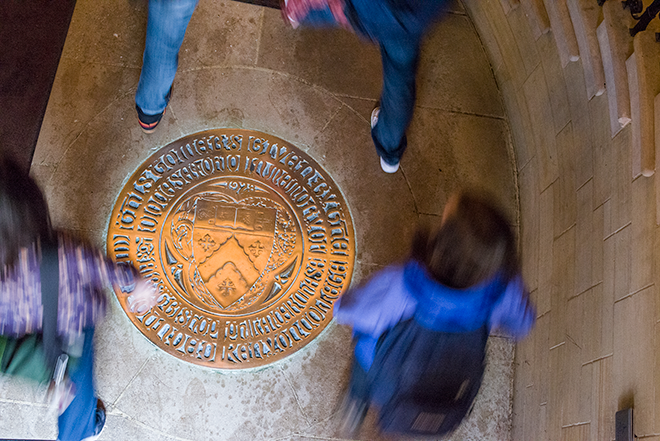 Tommy Awards
The Dance, Drama, and Film department’s annual Tommy Awards (a play on the Tony Awards!) honor former Professor Thomas S. Turgeon and celebrate the departmental arts productions that have happened in the past academic year. For me, it’s been a great way to reminisce on the theater that I’ve been a part of at Kenyon. Not only do we get to dress up, my friends and I are able to nominate our friends and classmates for the awards and cheer on the winners. 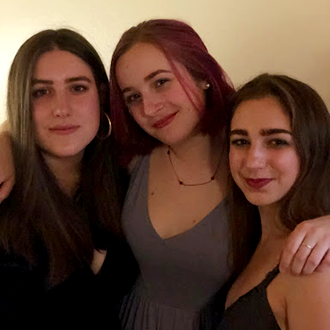 Wiggin Mornings
An accidental tradition that my friend Erica and I have started is that of early mornings in Wiggin Street Coffee. Some of our friends think we’re insane for willingly getting up before dawn, but we’ve mastered the habit of being at Wiggin at 7 a.m. when the baristas open the doors. With a table covered in bagels, mugs of coffee and laptops, we’ll spend hours there doing work (with a few study breaks to show each other new music and memes). Before we know it, our friends are wondering why we’re late for lunch. 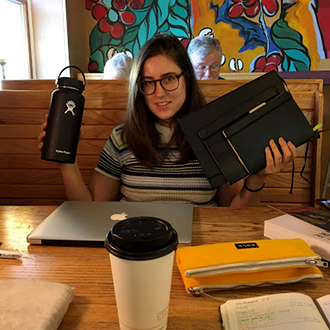 Erica during a Wiggin morning.

Late Nights in Gambier
One of the more understated traditions at Kenyon isn’t particularly Kenyon-specific, but it’s still a memorable aspect of my collegiate career. After a night out, there’s always a group of my friends — it varies from weekend to weekend — who will inevitably go in on a pizza (or two) to snack on before heading to bed. Waiting for the pizza to come is always a great time for conversation, goofy dancing, and playing random card games — it never gets old.

Friday Bells
Every Friday afternoon, the Kenyon Pealers play the bells at the Church of the Holy Spirit  between 4 and 5 p.m. These joyful peals mark the end of the academic week and can be heard all across campus. The tunes vary from traditional hymns and carols to the Harry Potter theme, and it’s always a fun way to end a hard week of classes.

Swimming in the Kokosing
My absolute favorite tradition is one that can involve any group of people at any time — it’s varied from one year to the next. Having the Kokosing River just down the Hill means that within an afternoon, one can swim with friends and still make it back to class, albeit a little muddy. In the warmer months in Gambier, my friends and I will spend hours hanging out by the river, with picnics, inner tubes and each other. While it’s still a little too cold to swim, my friends and I are already planning our excursions down to the river.