Your resident “Harry Potter” enthusiast and compulsive Leonard decorator from “just outside of Boston.” Spending my junior year abroad in Exeter, England, but can otherwise be found petting dogs on Middle Path while sporting fabulous pink crocs, or watching re-runs of “Murphy Brown” and “The Mary Tyler Moore Show” in Wiggin St. If all else fails, is most likely sitting on Old Side eating mounds of ice cream. 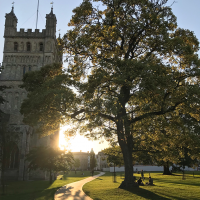 Even though I wish my abroad experience hadn’t been cut short, my last few days in Exeter were as lovely as they could’ve possibly been, and I’m so grateful to the people and the country that made my experience as memorable as it was. 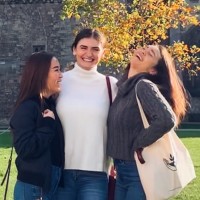 My previous two years at Kenyon gave me the stepping stones to make my way across the Atlantic to Exeter, and I’m so thankful for that. I’ve already felt my independence grow exponentially within the past six weeks, and I’m not even halfway through. 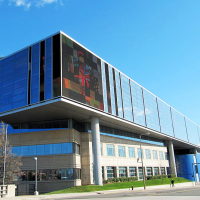 As a sophomore English major considering a career in journalism, I was incredibly fortunate to spend three days shadowing Paul Singer ’88 of the New England Center for Investigative Reporting and WGBH.

How to Find a Family in 10 Days

I can easily say that going Kenyon Greek was one of the best decisions I’ve ever made. Just as when I first set foot on Kenyon’s campus, something about Epsilon Delta Mu just clicked. 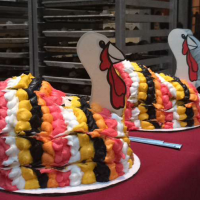 It’s hard to ignore how much there is to be thankful for, especially at Kenyon this year.