For the Love of the Game

I love baseball. I don’t love playing it. I don’t love the players or the infrastructure. But I love the game. I love the pop of the catcher’s mitt on a hot summer day. I love the sausage and pepper sandwiches at Fenway Park. I love hating the Yankees. And most of all I love the adrenaline and the stress of watching my beloved Red Sox.

Today, however, I don’t love baseball. Today the results of the 2013 Hall of Fame Election are announced. For weeks I have been reading article after article on the voting and the arrival of the dreaded Steroid Era on the ballot.

I’ll be the first to admit it: I’m a baseball purist. I don’t like the DH, I don’t like interleague play, I don’t like the playoffs, and I detest the ridiculous salaries. I think the season is too long and the players too patronized. Of course, my image of baseball will never exist for there is no money in my version of the game.

While I dislike these things, I detest steroids most of all. It’s not that I don’t understand why players took them or why Major League Baseball turned a blind eye during the 1990s, it’s simply that in my mind using steroids disrespects America’s game.

And so today I don’t love baseball. Today, all the bureaucracy, politics, opinions (mine included), and lies permeate the game. Sports writers argue about whether PED users should be in Cooperstown or not. They accuse the Hall of Fame of not giving them enough guidelines. They argue that the Hall of Fame needs to represent baseball history…

…Oh wait, it does. I worked at the Hall of Fame this summer as a Steele Intern and everyday I repeated this sentence: “The Hall of Fame is three institutions in one: a museum, a Hall of Fame, and a research library.” 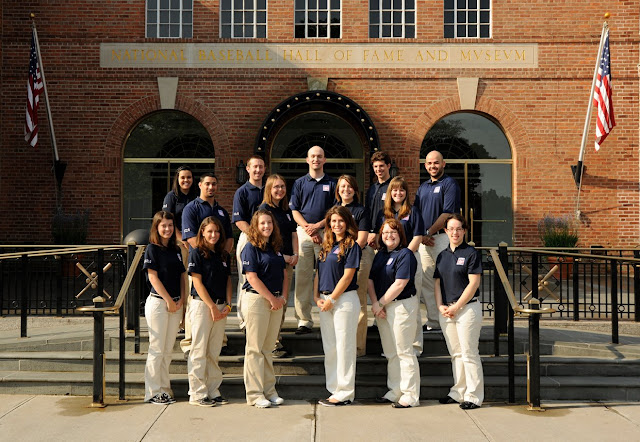 In the museum you can find all the relics of baseball’s glorious or unfortunate past. The Steroid Era is in the museum, waiting for its mysteries to be uncovered so an exhibit can be built around them.

But should this misguided period be glorified in the hallowed Plaque Gallery?

This, however, is ideological. The larger issue is that no one really knows who took the stuff. So ultimately, it is not the steroid use that is the reason I don’t love baseball today. Instead, it is the lack of integrity in most people involved in the Steroid Era.

Whether it is the accuser, the accused, or the Commissioner, in my mind everyone is guilty of disrespecting the game I so dearly love. To me the Hall of Fame is a sacred place, but today I don’t care who is inducted. Instead, I hope a measure of dignity, selflessness, and reason can emerge, and that baseball itself can accept that personal glory does not outweigh the love of the game.