There are no pigeons at Kenyon.  Zero.  None.  You may not find this odd, but really take a second to think about it.  Everywhere you go in every city there are pigeons, anywhere there's food and buildings to nest on, there are pigeons.  The myth surrounding this odd phenomenon is that Kenyon hires a man to g out in the early hours of the morning and shoot any pigeon he sees.  There have been a few reported sightings of this man or his prey.  My friend last year swore she saw half a pigeon body on middle path when walking home from Old Kenyon.  Another said he saw a man with a rifle and was told to ignore it.  Who is the pigeon man?  We may never know. 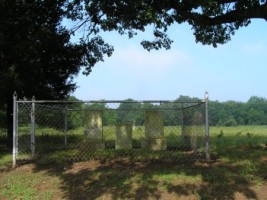 This is the "Bird Cemetery" only a few miles away from Kenyon.  It's technically for the Bird family, but you get the idea.

What Happened to the Gamelan Gong?

My freshman year someone stole a gong from the music department.  This may not seem like a huge deal but the series of emails that followed would go down in history.  They started off politely asking for the gong back, then quickly went downhill.  As the months went by with no word from the gong theif, we found out that this gong was specially ordered and made and they were flying in some sort of Gamelan specialist to fix it.  This specialist only had availability like once every 50 years or something ridiculous and they weren't even going to get the perpetrator in trouble, they only wanted the gong.  These emails went on for an entire semester and the gong was never returned.

Who Lives in the House Next to the VI?

There is a house next to the VI, the lights are always off, and no one has ever seen anybody going in or out of it.  However, a couple pillars popped up about a month ago and every once in a while a package will be sitting on the front step.

Where do the Amish Horses go?

But really.  The Amish come and sell stuff but their horses are never there, just the buggies.