In January of this year, I found myself in Tucson, Arizona, as part of Earlham College’s Border Studies program. Back at Kenyon, my peers and professors were hesitant, but curious, about Border Studies. How does one complete the seemingly obligatory (but actually completely optional) junior year abroad without actually living abroad?

I think the United States can provide the opportunity to explore my education in new ways. As a history major, I care about the stories that form our identities. By defining borders, the United States effectively defines its identity. We are demarcated by walls, fences and expanses of deadly desert. In learning about the U.S.-Mexico border, I became closer to history as a discipline that defines both our past and our present.

In May, I returned to my hometown of Atlanta, a city flush with green leaves. Sunlight filters in over the expanses of short brick houses. It is a very different South than the Southwest I had become accustomed to in the previous months.

Where was the saguaro cactus, standing tall and proud? Where was the dust, kicked up by wind and grinding into my teeth? Where were the men selling popsicles and hotdogs (Sonoran style, meaning with bacon, guacamole and frijoles)? Where was the sunlight beating down into my skin, turning my brown into deeper brown?

Tucson was and is a treasure trove of new joys and harder pains. My host mother, Mari, would watch me, lovingly, as I chowed down on her food. I listened to her stories about the difficulties of coming to the States and the poverty she faced back in Sonora, Mexico. I came home to my host brother, who would excitedly recount his day in middle school, with an emphasis on his soccer practice. I had classes with passionate and intelligent peers, who questioned and critiqued our society. I watched individuals be processed and convicted en masse for violating immigration laws by entering the States illegally. I heard the stories of survivors, fighters and advocates. I talked to people who had been deported. I talked to people who represented others in immigration law. I visited the border wall near Nogales and breathed in the art that adorned it. 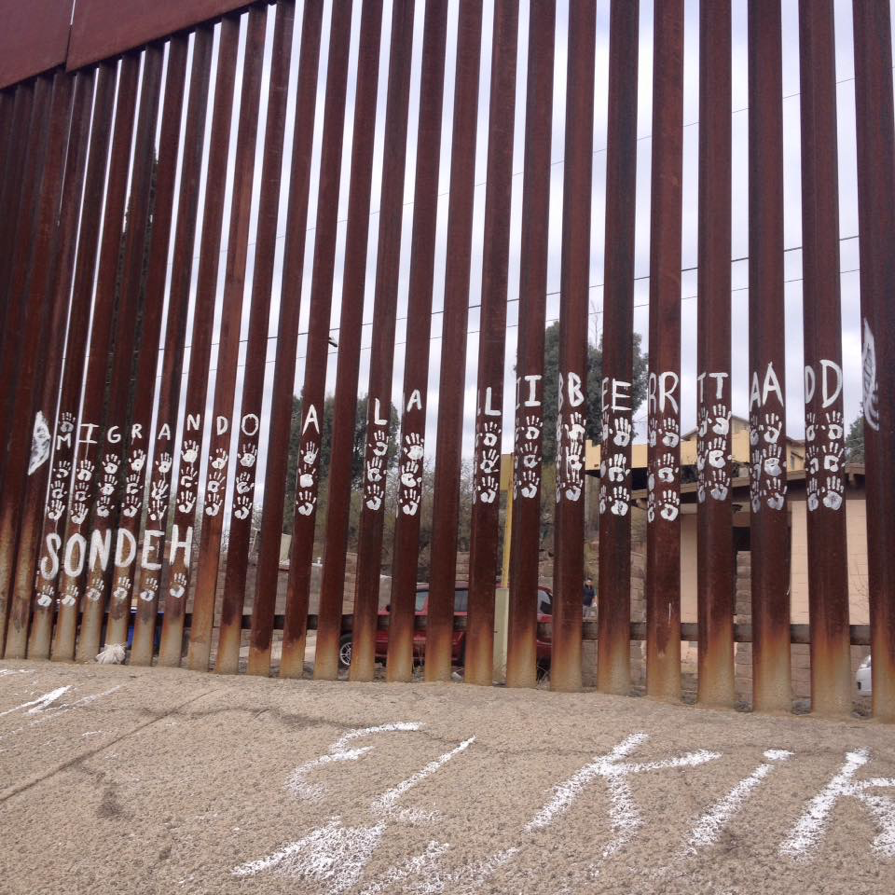 When I think about my experiences, I think about the value of education. I have loved every step of my Kenyon experience, even the tough ones, even the fact that I left it for a semester by living in Tucson. I think that the rigor Kenyon evokes shouldn’t be limited to our campus. We can take our education beyond Middle Path.

Leaving the Border meant asking myself many questions: How do we change immigration law? How do we talk to people who have radically different opinions and perspectives than our own? How do we challenge ourselves to see the suffering of others? How do we confront this suffering and join movements that alleviate it? How do we move away from the mundane everyday and join discourse that pushes us beyond it?

I don’t have concrete answers to those questions. I know that listening harder and allowing in the stories of others has helped me. Not being afraid to speak up and questioning my own perspectives has also helped me.

For the moment, though, I will leave you to just think about these questions. I will also leave you with two Tucson-based organizations that tackle these issues, in the hope that you listen harder by starting there: No More Deaths and Derechos Humanos (Coalition of Human Rights).