M is for My Hair Journey

After being in the United States for almost two years now, I strongly believe that the issue of one’s race is totally ignored, especially in academia, unless when referring to “diversity,” which is a term that is sometimes used to stubbornly focus on only the parts of one’s race, culture or religion that can be celebrated. By this, I do not mean that one should focus on the history of misunderstandings between different races, but that one should be cognizant of other things that make people different, such as hair.

There was no way I could have understood this before getting to Kenyon because, very much unlike Nigeria, most of Ohio is predominantly white. And so, I learned that, besides being a Yoruba, Nigerian, African girl, I was to be black too. However, to be a black, Yoruba, Nigerian, African girl in Gambier “middle-of-nowhere,” Ohio means to spend almost $300 to get your hair done at an African or African-American braiding salon somewhere in Columbus, to sigh at the sorry excuse for hair products that the Mount-Vernon Wal-Mart stocks in the Ethnic section, and to attempt – and fail miserably – to straighten your hair yourself with the chemicals that we so fondly refer to as relaxers or – in the case of some people – creamy crack. But, it took me a while to realize that it could mean so much more!

With the aid of You-tube, and of three wonderful women that became my hair inspirations; Brittney Miles, Faith Servant, and Faith Bell, I began to consider going Natural. Going Natural, for me, meant giving up that creamy crack and accepting my hair for what it was; super kinky, difficult to detangle, having a very high propensity to shrink to 20% of its actual length when exposed to water, and just totally disagreeable! So, encouraged by Brittney – after she gave me a hard time so I wouldn’t be cutting off my straight ends just because I wanted to look like her or like Faith – I said good-bye to creamy crack on the 11th of November 2011. I taught myself how to braid my own hair with the help of wonderful You-tube videos and I began the process of transitioning (slowly trimming off straight ends till all that was left was my kinky hair).

6 months later, in response to my mother chopping off all her straight hair in solidarity with me and spurred on by a beautiful article about short hair, I chased to the cut! My Nigerian friends thought I was crazy! In fact, a very good friend at that time told me he wouldn’t speak to me again if I cut off my hair but I DID (and we dated for a while, and then we broke up THE END). I cut my hair on the 12th of May 2012, one week to my 18th birthday. And now, a year and 5 weeks later, and 6 glorious inches longer, I don’t regret my decision to go natural. In fact, I celebrated my hair birthday when the 12th of May rolled around this year.

I must have caught on to something because, now, even though it is not on par with those branches in bigger cities, the Mount Vernon Wal-Mart now boasts of more options for ethnic hair-care, my mother and 2 sisters back in Nigeria wear their hair short and natural, and a lot of my friends have gone natural because of me or are now able to converse on a deeper level with me because now we have our natural hair in common. All these changes would not have occurred if I hadn’t taken that leap of faith and gotten to know what my hair really needed. By this, I am not condemning creamy-crack users, I’m just saying that sometimes you never know you’re different until you stop hiding behind the norm and dare to BE different, regardless of the odds of losing family, friends or significant others.

Going natural has led me to be known for my budding skills as a kinky-hair specialist in the Gambier/Mount Vernon area and helped me see that my hair is soft, fluffy, beautiful and such an attention seeker! So, in a way, my hair is very much like me, minus the attention seeking part! I love my hair, and as this love grows every day, so does my love for myself. To me, my hair is the manifestation of the name my aunt gave me during my naming ceremony, Ibukunoluwa, blessing from God.  And, for me, my hair journey is symbolic of my continued quest for self-knowledge.

July 2011 With Relaxed and Damaged hair before Kenyon 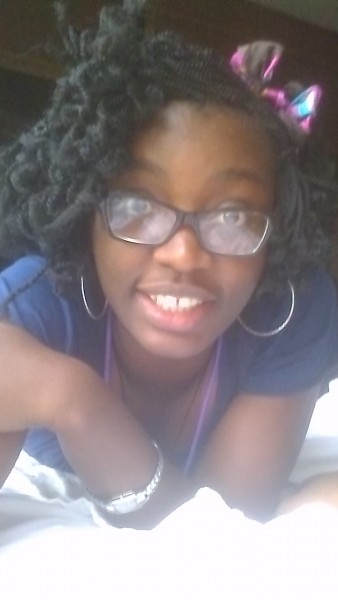 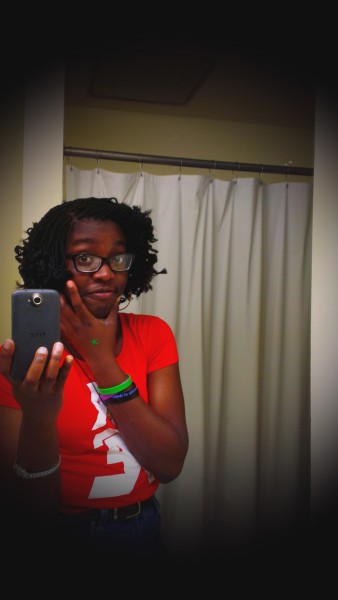