I’m done with my first week of finals in college! I plan to celebrate by sleeping for an absurd amount of time and by eating a lot of chocolate.

Finals week (obviously) gets a bad rap, especially in college, and I was expecting it to be apocalyptic: scenes of students fleeing from classrooms in tears. A makeshift refugee camp in the library complete with pup tents and cots. Professors transforming into snarling demonic overlords. Y’know, the usual stuff. 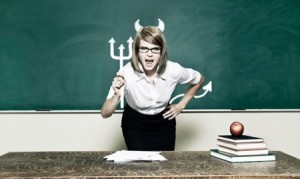 Thankfully, finals week was not nearly as bad as I was expecting. The truth about finals at Kenyon (at least for a freshman) is that yes, it’s a hard school, and you will have some difficult finals. However, the people who I saw really freaking out were people who hadn’t done their work earlier in the year and were now faced with reading 100 pages of their textbook in a day. If you’ve been doing your work throughout the semester and have been paying attention in classes, you really don’t need to worry that much.

Even so, I was panicking leading up to my first final. It’s a stressful time, but it doesn’t need to be nearly as stressful as people make it. I know I’m all about these lists, and I’m sorry to fit my own stereotype, but HERE’S ANOTHER LIST of ways to cope:

1. Cumulative finals seem like death, but they’re usually a lot less in-depth than non-cumulative finals. They tend to test you on overall knowledge and understanding of the material rather than memorization. There’s no need to spend hours memorizing insignificant facts.

2. Non-cumulative finals are really just like any other exam or test you’ve had thus far in the class. As you’re studying, just think of them as yet another test, not as a final.

3. Study in the classroom in which the exam will take place. This is an odd trick, but our ability to remember information is increased if we’re in the same place that we originally memorized that same information.

4. Spread your studying out over several one- to two-hour periods during the week before finals, if you can. Spreading out your studying like this will increase your retention, and it will give you a feeling of confidence because you’re starting early rather than panicking because you’re cramming the night before.

5. Get up early! I know it sounds awful, but if you get up early you’ll feel way more prepared, and you’ll have a nice, easy, relaxed morning before your final. I had two finals at 8:30 a.m. and I got up at 7, went to Peirce, had a bagel, watched some Seinfeld, and quizzed myself for a bit, and by the time of the final I felt very relaxed and prepared. It sounds like death, but it will really help.

If you’ve been paying attention and manage to study for a few hours before your final, you’ll be all right. Finals are almost never as frightening or as hard as you imagine, and teachers aren’t out to get you. They aren’t trying to trick you and they certainly aren’t hoping that you fail. Kenyon is a really supportive school, and if you’re feeling unsure about something, go talk it over with your professor during their office hours, and I’m sure they’ll help you understand.

Also, keep in mind: Finals is really just a week of torture so that you can enjoy WINTER BREAK all the better! Yaaaaay! 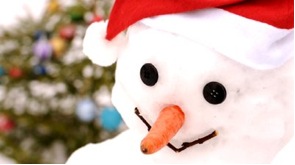