On the evening of Wednesday, March 11, my best friend texted me from her home in Knox County, where Kenyon is, that Donald Trump would be making some sort of announcement about actions the U.S. would be taking in response to the spread of COVID-19. At the time I was in the middle of watching “The Terminal” (10/10 movie, would highly recommend), eating a seemingly endless stream of Daim chocolate bars and drinking a rather large glass of rosé from the grocery chain Waitrose (I’d splurged). My typical coping strategy had been employed, as the Kenyon in Exeter Scotland trip had been canceled a couple hours prior due to worries over potential travel restrictions. While I completely understood the reasoning, I was devastated. Guess I wouldn’t be seeing any Highland cows in the near future. Little did I know I wouldn’t be seeing much more of the U.K. at all in the near future.

At exactly 10:50 p.m., Ken-Ex was cancelled and we were urged to return home immediately. My Kenyon flatmate immediately came over as panic mode struck. From then until about 4 a.m., it was a flurry of FaceTime calls home, more wine, tearing apart my wardrobe in a crazed attempt to pack it all up (very bad choice looking back) and slowly comprehending that I would not, in fact, be in the U.K. until June. I would instead be leaving Sunday night at the latest. My earlier movie choice proved to be less than optimal, as my boyfriend assured me that I would not be forced to live in an airport terminal like Tom Hanks’ character did, and that maybe I should try to sleep instead of researching international law.

From Wednesday night to Sunday morning, I probably slept a total of 16 hours. Not the best move, but it is what it is. Between rushed goodbyes, final Kenyon dinners, melancholy walks around Exeter and crying in Exeter Cathedral among a choir of concerned Britons, there was no time for sleep.

Through it all, Pashmina and Piers (the Kenyon English professors running the Ken-Ex program, and essentially our adoptive parents abroad) did their absolute best to help us head home as soon as possible. They even got us all biscuits and an individually selected book to take with us on the plane. My hand sanitizer exploded on my book during take off, but I think it just gives it a bit of character.

While I may have been abroad in a different country for over six months, one aspect of myself had yet to change: my ability to pack. Or lack thereof. Freshman year of Kenyon, my attempt to pack up my side of a Lewis Hall double did not go to plan. Everything exploded, nothing fit, the boxes wouldn’t close, and it was 3 in the morning with nine hours till check out. In tears, I begged my best friend to come over and help. It turned into me lying on my bare mattress crying while watching Shrek as my friend packed up my room. Sophomore year was slightly improved, with only the Shrek soundtrack instead of the full movie being used to aid the process. My friend again came over to help, and we were done by 11 p.m. A victory.

Flash forward to junior year, and I was back to square one. My friend was unable to assist in packing, as she was in Ohio, which is a bit of a trek from Exeter, she informed me. Kayaking across the Atlantic Ocean was apparently not an option, much to my dismay. Somehow I needed to fit souvenirs from Denmark and Sweden, an insurmountable pile of books and prints and postcards, and approximately 40 chocolate bars that one of my British friends had helped me purchase (a very good choice looking back, they’ve made quarantine much more bearable) into two duffle bags. That’s not even including all the Exeter gear I had convinced myself I needed. With moral support from several friends, I managed to zip the bags and tape the boxes closed single handedly. Whoever says going abroad doesn’t change you is lying. 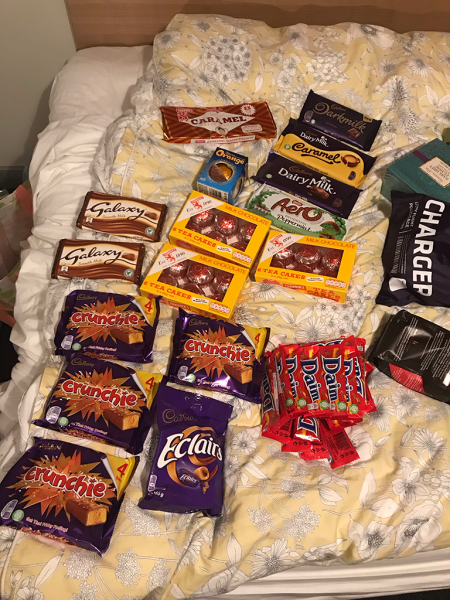 Even though I wish my abroad experience hadn’t been cut short, my last few days in Exeter were as lovely as they could’ve possibly been, and I’m so grateful to the people and the country that made my experience as memorable as it was. Even from the U.S., I’ve still been able to find ways to stay connected. Never have I been more thankful for modern technology, especially since it has allowed me to receive daily photo updates of my plants, who are now living under wonderful care near Windsor (their names are Poppy, Pippa and Olivia, thanks for asking). Maybe when quarantine ends they will see the Queen? One can hope! In the meantime, I will be sitting in my backyard drinking Fortnum & Mason tea I smuggled back, gently reassuring my big sister in grad school via FaceTime that no, Mom has not eaten all the British chocolate, and yes, there will be plenty for her when she eventually comes home. 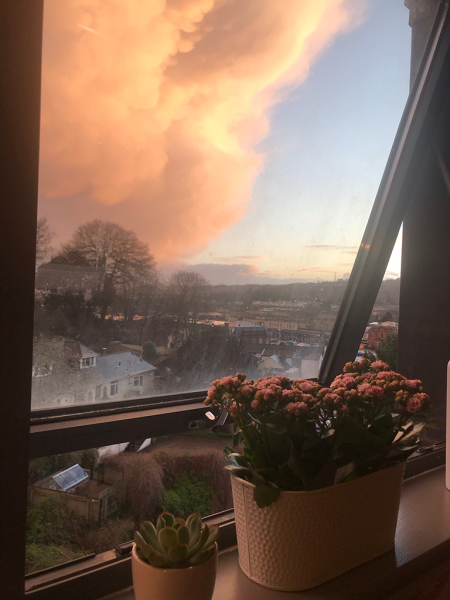