Middle Path is Kenyon’s central artery. Especially between classes and during the lunch hour, Middle Path is as busy as a downtown sidewalk in a major city. This year, it was my job to put together a Middle Path Playlist. The premise was simple: when I saw someone with headphones in on Middle Path, I would ask them what they were listening to. (I had some help from my fellow blogger Tariq Thompson.) We had a lot of fun putting it together, and I’m excited to share it with you.

At Kenyon, it’s hard to call anyone a complete stranger. On a campus of just 1,600 or so students, there aren’t a whole lot of people that I haven’t seen before or don’t have a mutual friend with. This made for much less awkward interactions than I was expecting when I started out on this project. People were excited to let me in on what they were listening to, despite being nervous about having their picture taken. Also, this project was a cool opportunity to get to know people beyond just their face and name.

The first song on the playlist is a bluegrass tune my friend Ronan was listening to when I ran into him on my way to the coffee shop. I’m a big fan of anything with a mandolin, and he and I have been sending songs to each other on Spotify since the start of this project. After Ronan, I found Eva listening to an aria by Handel and Birhanu listening to the classic "Lean On Me" by Bill Withers. This playlist quickly lost any sort of common musical theme, as Kenyon students are all over the place with their musical taste. Pop, funk, country, rap, classical and folk are all represented on this journey into our eclectic collective soundtrack.

With thanks to everyone who helped contribute, here is this year’s Middle Path Playlist: 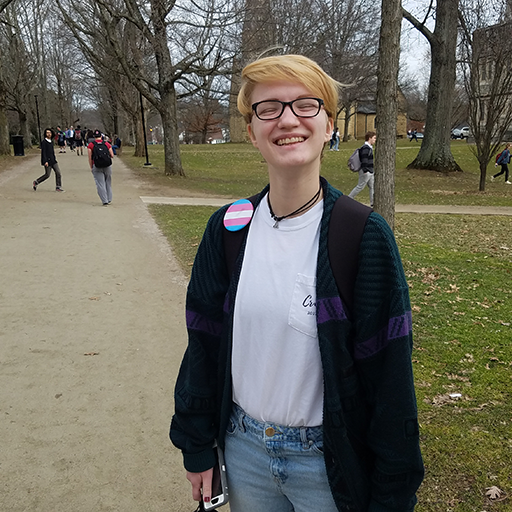 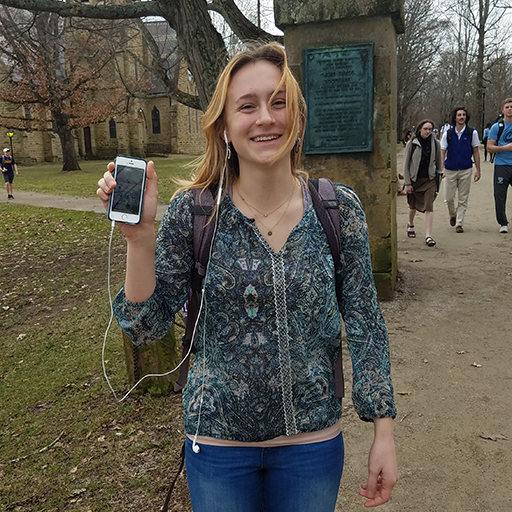 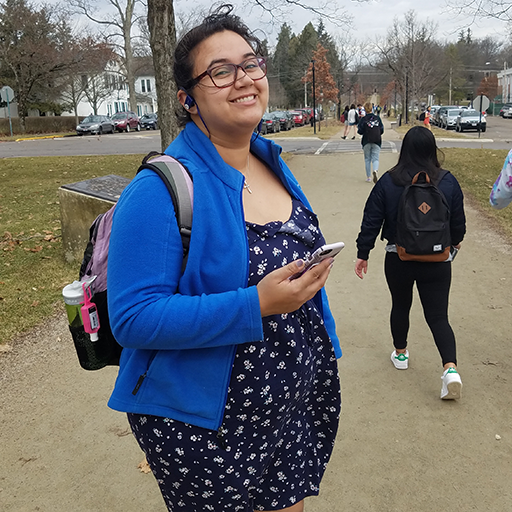 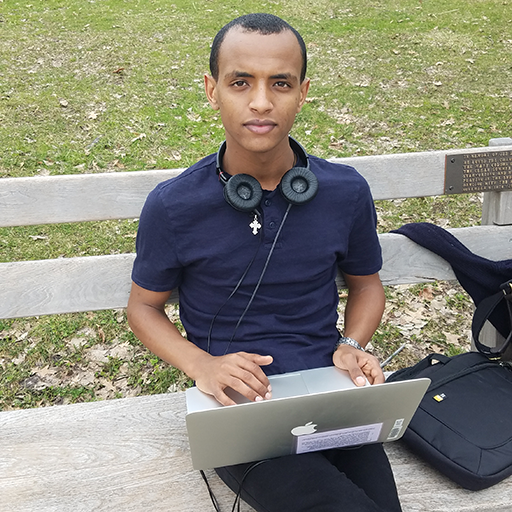 Birhanu Gessese '21, from Addis Ababa, Ethiopia, listening to "Lean On Me" by Bill Withers. 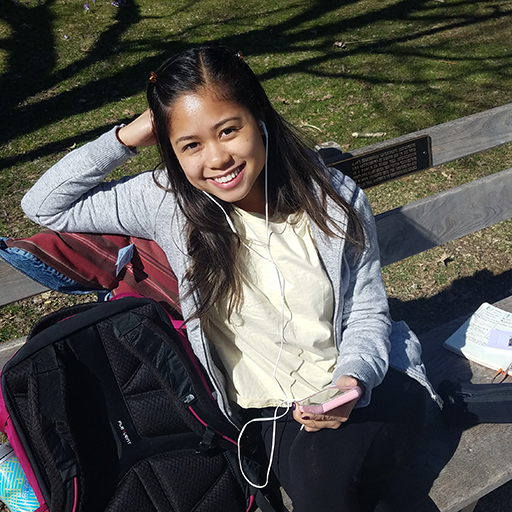 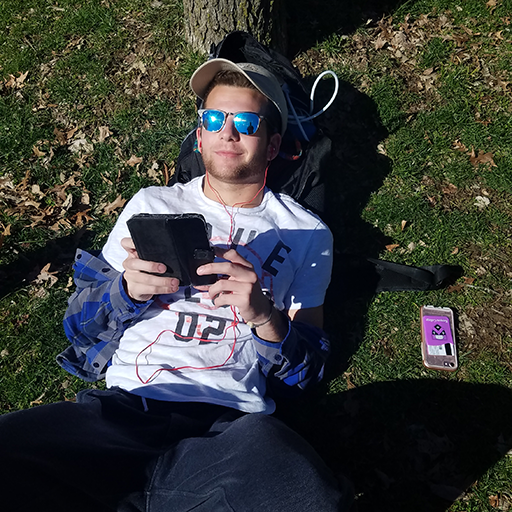 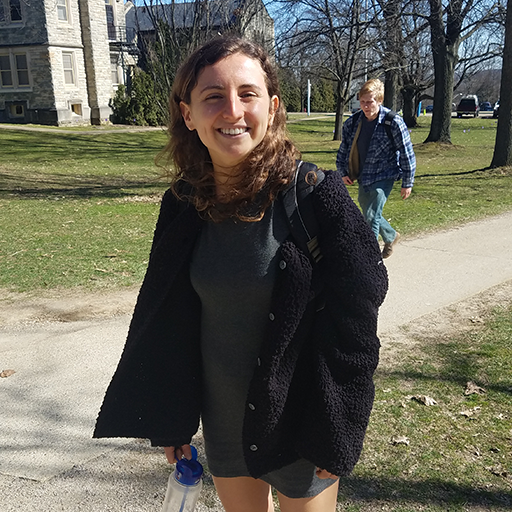 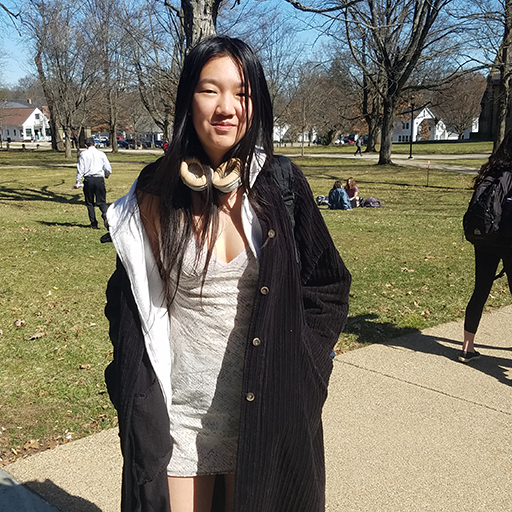 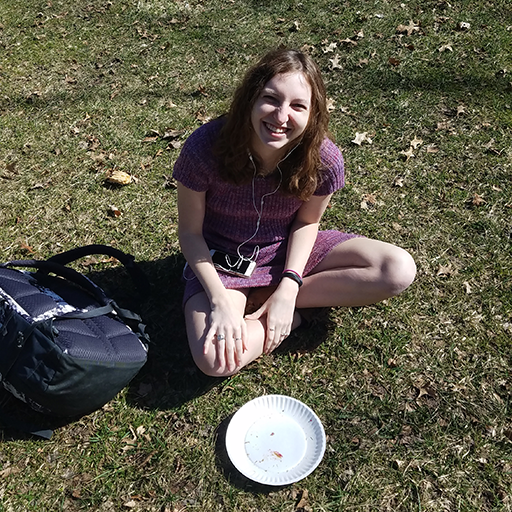 Alli Beard '20, English and American studies major from Chesterfield, Missouri, listening to "Cranes in the Sky" by Solange. 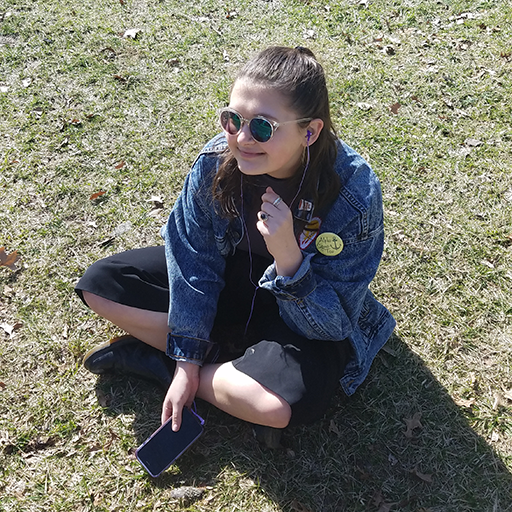 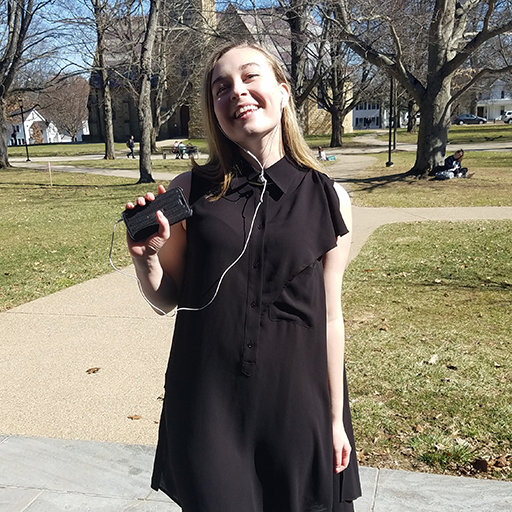 Lindy Wittenberg '19, anthropology and art history major from Stevenson, Maryland, listening to "Come and Get Your Love" by Redbone. 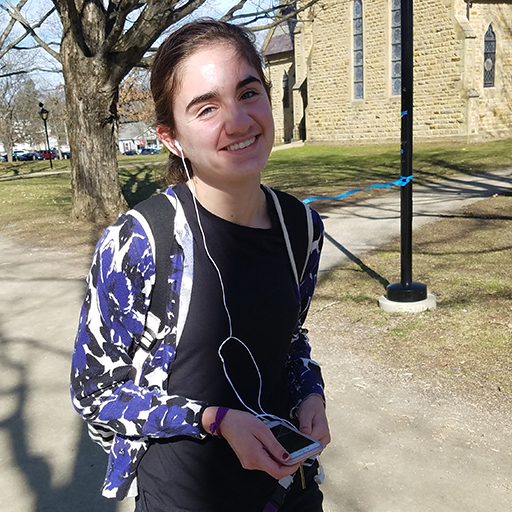 Elizabeth Stanley '21, from Williamsburg, Virginia, listening to "These Days" by Rascal Flatts. 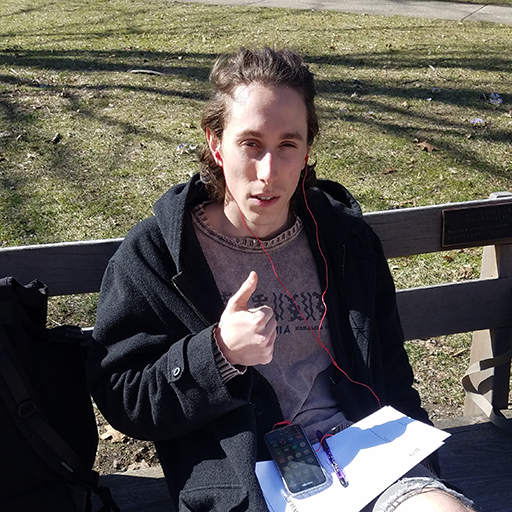 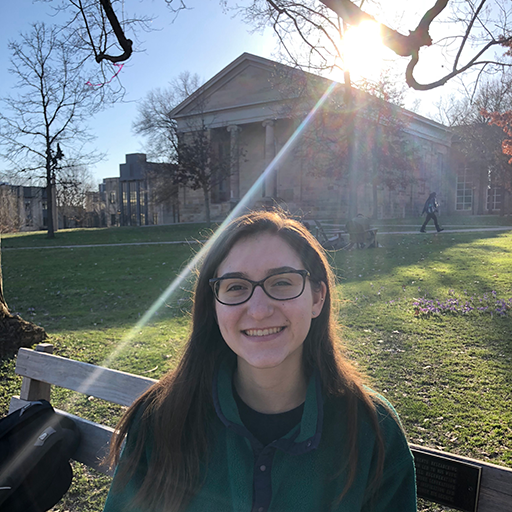 Hannah Spector '21, from Wynnewood, Pennsylvania, listening to "Back Pocket" by Vulfpeck. 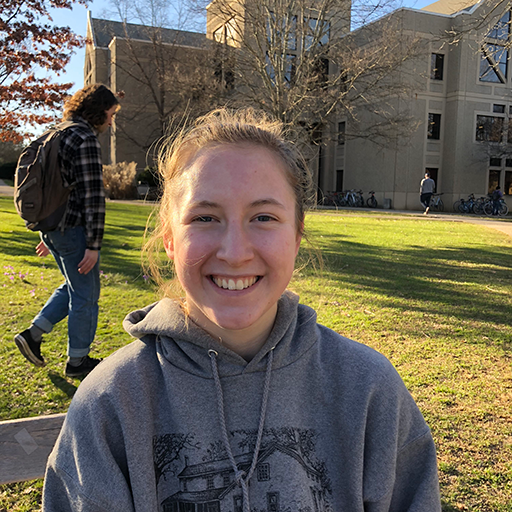 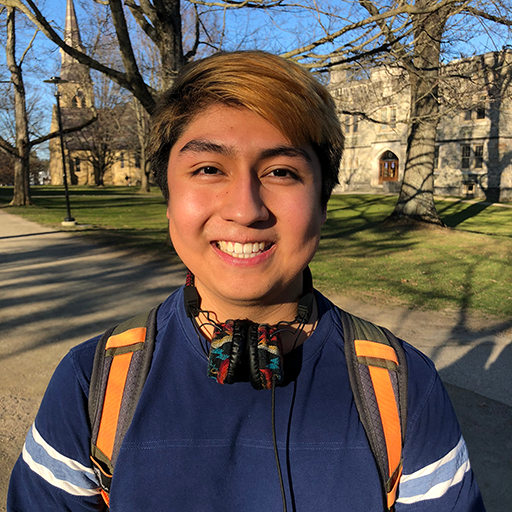 Brian Sellers '21, from Englewood, Colorado, listening to "Till It's Done (Tutu)" by D'Angelo. 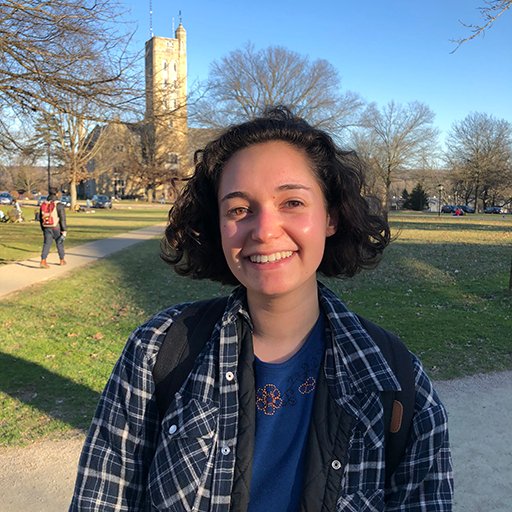 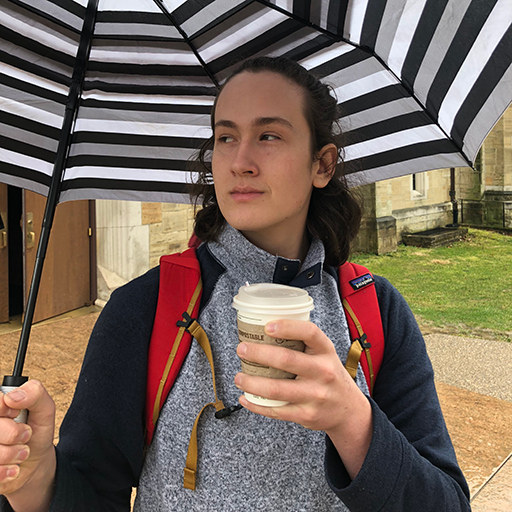 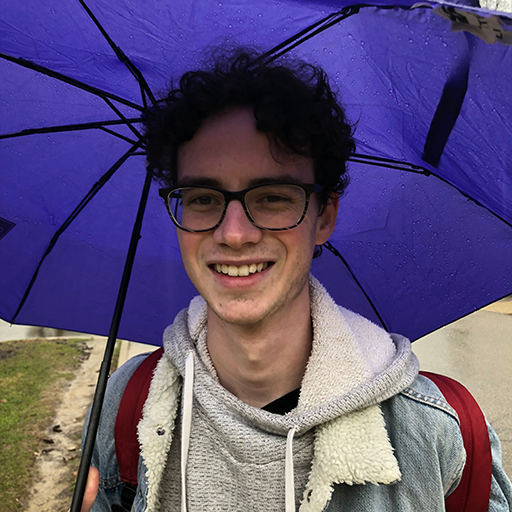