In for a Penny, In for a Pound

The fact that I am in London is finally sinking in. However, it’s still surreal to walk across the Waterloo Bridge to class each day.

Everything is pretty great. School is good — classes are challenging and interesting. I am taking Modern Theatre from a professor named Theron, 20th Century Post-War American Fiction, Causes of War, and Language on the Edge. Lectures for each course (or ‘module’ as they are called here) are once a week and only an hour long. There is also an hour-long seminar, which is typically much smaller in size, once a week that is taught by the original lecturer or an assistant professor. 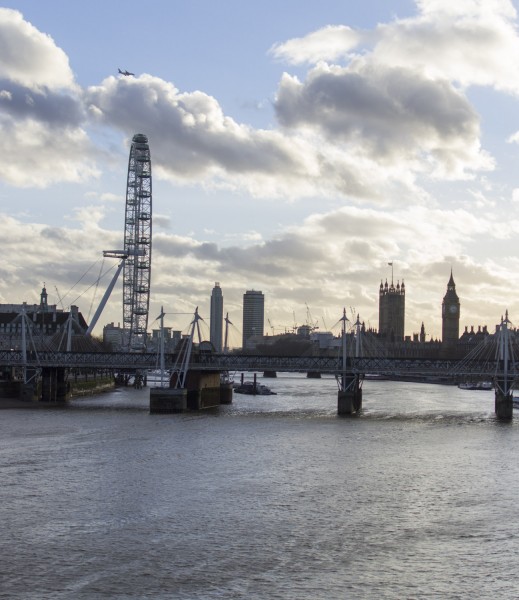 The view during my walk to class.
(Shot from the Waterloo Bridge).

This week, I am back with more cultural observations. Londoners LOVE all things American. They love dancing like Americans, they worship American music and culture, and they have a strange affinity to items of clothing that have either “Brooklyn,” “New York,” “L.A.,” or a picture of Miley Cyrus with her tongue out on it. It’s pretty incredible. The best part, however, is that they’re peculiarly behind in the current trends of American music. At most of the clubs, you'll find the DJ playing either heavy techno or strictly American pop songs. Only, they’re the pop songs of my childhood ... songs by Green Day, Gwen Stefani, old Rihanna, Nelly, My Chemical Romance, Jay Z and DMX. Every time I walk into the club (icky, cliché locution), it’s like walking into my middle school and high school dances — totally bizarre.

British girls also have this weird affinity for flicking each other off (middle finger only) while they dance, but not in an offensive way. More like, Hey, look at us being American. So American, like those music videos. The first time I saw it, I was mildly concerned, but now I sort of embrace it. I mean, what is more American than flicking someone off?

Apart from the weird cultural anomalies, everything is just about what I expected — everyday life is not too terribly different than it is in America. There are just many small differences that ultimately make all the difference. In the words of Kerouac, “Somewhere along the line I knew there’d be girls, visions, everything.” Now, I am just waiting on the pearl.

I am here and fully invested. In for a penny, in for a pound. 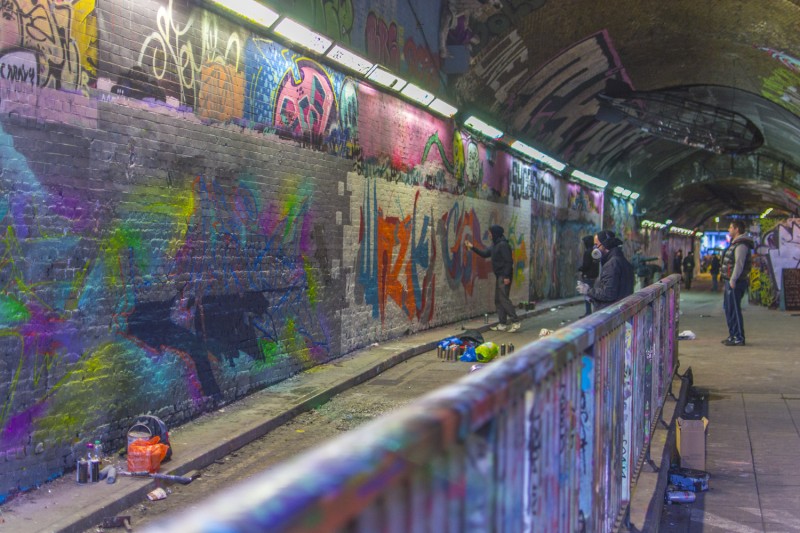 Stumbled upon a graffiti crew.