I have a confession: I’m not too big on traditions. The thing is, though, Kenyon is.

Some of them I like; Stepping on the Peirce seal is an obvious do-not (ahem, parents). Signing the Matriculation book inscribes your name on (Kenyon) stone paper. And there’s no denying the illumination of Old Kenyon was just awesome.

These traditions are great, don’t get me wrong. For me though, they themselves don’t make Kenyon Kenyon. That spot is reserved for the sacred rule of Middle Path: no cellphones.

Yes. It’s still a thing, as it should be.

I try hard not to use my phone on Middle Path. If I receive a call or something urgent comes up, I’ll step to the side and take care of it; no big deal. Middle Path is a safe haven from the never-ending Twitter stream, Student-Info emails, and whatever else I receive so I can remind myself that people matter most. Sure it can be inconvenient at times, but isn’t that the point? There aren’t many places left in the world where one can actually experience this, which makes it even harder to remember what life was like before Snapchat (probably worse). Over break, I had the opportunity to visit Cuba, where smartphones aren’t allowed to be smart and dial-up is the only option for those who can afford internet. Our semi self-imposed no phone/internet rule may seem burdensome or unnecessary at times, but in Cuba, it is just a fact of life. 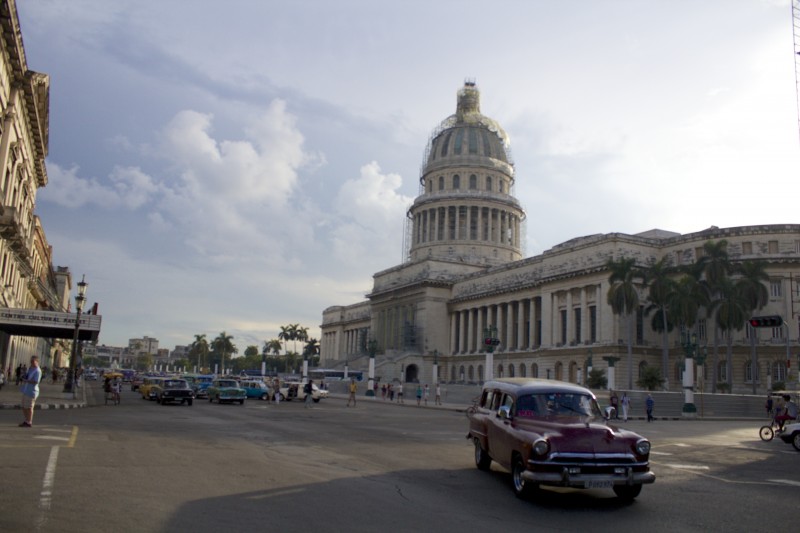 After spending my first two days walking around Havana, it dawned on me that I could count with one hand the number of people I saw on their phone. Same story with restaurants, coffee shops, and most other places I visited. Poverty, geopolitical isolation, and a society that has yet to catch up to the 21st Century are clearly the underlying forces behind Cuba’s digital blackout, at least more so than simply a culture which values face time. Regardless though, Cuba has developed a unique mindset which puts the here and now at the forefront, which begs the question: as modernity inevitably seeps in and fast internet becomes accessible, will people still look at each other when walking outside, or will they be checking Facebook? Perhaps one day Cuba will need its own version of Middle Path.

For me, the unwritten rule isn’t necessarily a “tradition,” but rather a healthy practice that keeps me sane. I’m not ashamed to declare my love of technology and the future. Yes, there are aspects of the future that are just absurd: I wore Google Glass for a week and everyone on the street gave me the most uncomfortable stare. While it’s healthy to be skeptical of new advances and applications, we can't ignore the progress so far. Still, that doesn't mean the future will resemble the dystopian/hipster version portrayed in Spike Jonze's Her or the privacy-free one in Dave Eggers' The Circle. We should remember that smartphones, the internet, and the devices that can take time out of face-to-face interactions are merely tools. Sure these tools make our lives tremendously easier, but at the end of the day, Instagram is still a tool.

As we’re becoming glued to these tools, it might be reasonable to have a dedicated spot where we should put them away so we have no choice but to see each other in the winter jacket-covered flesh. In a world where face time has become optional, Middle Path should require it.

So if you ever wonder how dysfunctional you would be without your iPhone, go to Cuba, watch some Seinfeld, or, you know, walk on Middle Path. Try it out!