I make a lot of music and run in the BFEC. I have two dogs, but only get along with one.

The prospect of going to Kenyon was made so much more thrilling knowing that I would get to have a capstone performance to my time on the Hill. It felt surreal when it finally came around this year.

I’d never stayed at Kenyon over a break before, so it felt like something I had to try over my last break as a student. 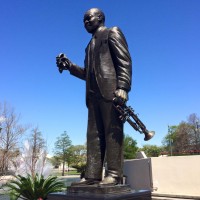 This past weekend I got to head down to New Orleans with the Kenyon Jazz Ensemble to play a few shows in the birthplace of jazz.

As a political science major at a liberal arts college, most of my classes look at some of the greatest writers and thinkers of all time. We wrestle with Plato, Shakespeare, Joyce Carol Oates and John Locke on a daily basis — so it’s somewhat of a strange thrill to come to a class ready to talk about an episode of Broad City or Transparent.

In the Recording Studio 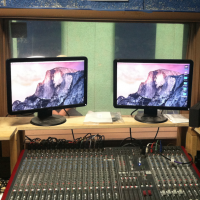 My first experience with the recording studio came in the beginning of my sophomore year. We had woken up early (10 a.m.) on a Saturday and made our way down into the basement of Farr Hall to the WKCO recording studio. None of us knew what we were doing. The results were predictably bad. This year, we figured it was time to do it right.