Once Upon an Inauguration 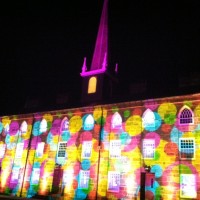 We all kept telling ourselves this was a once in a lifetime experience. And, oh, it was.

(Apologies in advance for the crappy iphone photos) 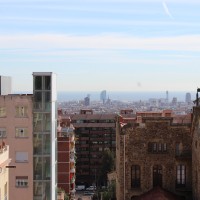 Traditionally in British universities, Week 6 is a week of no class, designed for catching up on work and preparing for upcoming assignments. So, naturally, we went to Barcelona.

P is for Premed Problems

The reason I’m not going abroad this year, unlike 65% of the class of 2015 is because, besides being a Neuroscience Major, I’m also Pre-med. I know, I know, right now you're all like;

For some people, being pre-med is equal to having no social life, being super competitive about course grades, spending so much time in the science quad and being over-committed in both academic life and volunteer work. I, on the other hand, am not one of those people. I get at least 7 hours of sleep per night, I try to avoid the many wonderful people I know so that I can work on homework, and I make it a rule to never study in the science quad because I’ll end up having philosophical discussions about the meaning of life as it relates to being premed at Kenyon.

If you’re pre-med and considering Kenyon (or are already enrolled at Kenyon), this post is for you. The aim of this post is not to tell you to choose Kenyon because you need to make that decision on your own (COME TO KENYON!!!). However, this post is going to give you an idea of how to navigate the pre-med process at Kenyon, or at other small liberal arts colleges like Kenyon.